Close cultural exchange developed between the Sorbs and their south-eastern neighbours, but above all with the Czechs, from the beginning of the 19th century at the latest as the Slavs’ national self-confidence grew. To demonstrate their affiliation to their Slavonic heritage, the smallest ethnic group without a state of its own, the Sorbs, not only adopted the national colours blue, red and white, but also the lime tree as a consciously different symbol to the German oak. The lime tree, which is attributed the qualities of softness, tenderness and peacefulness and which stands for justice, love, home, community and security. With “Czech Nights”, this year’s Schmochtitz Music Festival is deliberately focusing on neighbourly closeness rather than exotic distance. At the heart of this concert project, planned in cooperation with the Bildungsgut Schmochtitz Sankt Benno, is an exceptional young Czech violinist. Markéta Janoušková, who sees herself primarily as an interpreter of classical works, has, as the daughter of a Primáš violinist in a cymbal band, always been intensively involved with folklore. And so the FolkloreClassic project idea was born, in which the boundaries between traditional Czech folk music and folklore-inspired classical music are explored by the father with cymbal band and the daughter with great musical enthusiasm.

Sorbian sounds will join in “Czech Nights” and the performers will engage with each other in various formations, playing music in a neighbourly fashion, bringing melodies by Smetana, Janáček, Dvořák, Suk and Kocor, among others, to life. The ballet ensemble will add another layer of cultural encounter with classical choreography, Czech and Sorbian folk dances.

“Cimbálová muzika Jiřiho Janouška”, the soloists, orchestra, choir and ballet of the Sorbian National Ensemble and the extremely virtuoso FolkloreClassic violinist Markéta Janoušková invite you to a unique “crossing of borders” among neighbours! 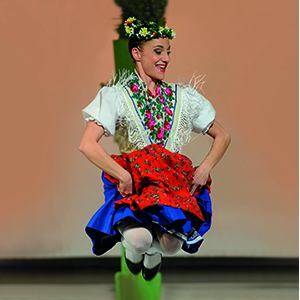 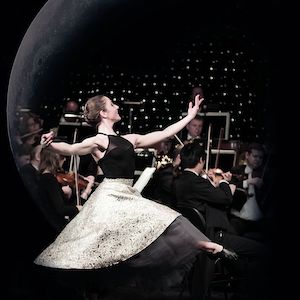